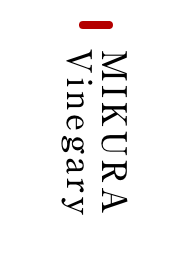 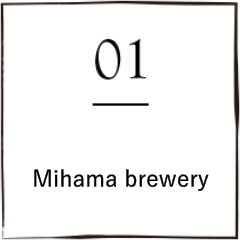 The heart of MIKURA Vinegary. The Mihama brewery in Mihama-cho, Minamimuro-gun, Mie Prefecture, has five Wooden Barrels lined up in the fermentation room. We purchased four used and reassembled barrels, and we had one new barrel made. All are lovely little Wooden Barrels with a capacity of 1,000 liters. The brewing amount is limited, but we make and save the mother vinegar, and repeat the culturing process. Currently, the Mihama brewery makes sakekasu vinegar and brown rice vinegar. In 2020, as a new attempt, we got the mother vinegar of fruit vinegar and started making grape vinegar as well.
The heart of the MIKURA Vinegary is in a garage, so from the outside, no one realizes that vinegar is being made inside. However, when you get closer, you can smell the sweet aroma of acetic acid fermentation. The small garage vinegary is in Mihamacho, a town with a mild climate. 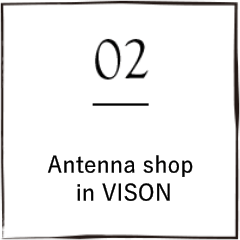 When VISON opened, we had three new barrels made and two used barrels reassembled. One of the new barrels is set up in the Mihama brewery, and the other two are on either side of the fermentation room in the Taki brewery with one of the reassembled barrels in between, in the middle. The other large barrel welcomes customers at the entrance of Antenna shop in VISON as our company’s landmark. Please come and see the barrel that is still marked with the year 1939 (14th year of Showa) in thin black ink. The barrel that we received from a sake brewery was protected from being burned down during the war in the Showa era, and it has been alive ever since, continuing to produce vinegar after the war. The Wooden Barrels themselves represent a life force, a power that continues to exist. We are thankful for the gift, in which abundant acetic acid bacteria are still alive. We asked Yuimono de Tsunagaru-kai (a group of wooden barrel craftsmen) to make new barrels for us, and they did by cutting out cedar from Shikoku and weaving bamboo hoops. The fermentation room of the Taki brewery is entirely covered with cedar wood. In the Taki brewery, the amount of brewing is small, but we repeatedly cultivate mother vinegar in the three 1,000-liter barrels as well. Although there were some concerns about the new construction of this Taki brewery, thanks to the small size of the fermentation room, the temperature is stable, the room is warm, and acetic acid fermentation proceeds smoothly. It is much smoother than what we expected at the Mihama brewery, and the acetic acid bacteria are vigorously and actively fermenting repeatedly. The Taki brewery’s first “brewing” started with the help of the acetic acid bacteria living on the lid of the used barrel we received. The Taki brewery is filled with the clear aroma of cedar wood, the mellow aroma of aged sake lees, and the sweet aroma unique to acetic acid fermentation. You can see this fermentation room through the glass window of our shop.

Both the wooden barrels and the acetic acid bacteria live on. They repeat their activities constantly. This sustainable and enduring vinegar production is the foundation of MIKURA Vinegary.